Due to the announcement this morning by the Queensland Premier, the Club will be closed from 4pm this afternoon to allow time for our team to get home safely. We will remain closed until Saturday 3rd April unless otherwise directed.
We will be serving takeaway & Bottle shop from 7:30am – 8pm Tuesday – Thursday.
Our Membership Drive draw will be postponed at this stage with a new date to be advised. Our points expiry due on Wednesday 31st March will now also be extended until close of business Wednesday 7th April 2021.
Thank you for your continued support.
We look forward to seeing you for takeaway or when we reopen 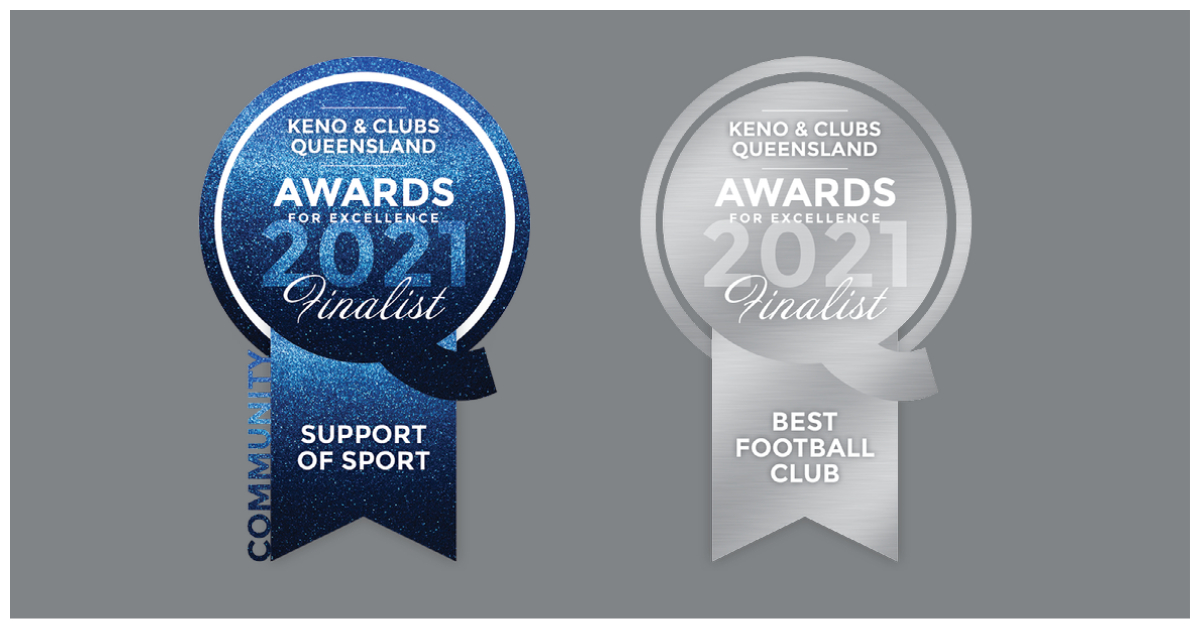 We want to congratulate the winners of these two categories, Brother’s Leagues Club Townsville for Best Football Club and Harrup Park Country Club for Support in Sport. The Hornets is proud to be included amongst so many strong sporting clubs and passionate stories of their sports support.

Like others, COVID created a challenging year for us, and we are looking forward to bringing even more local sport to our community.

In 2021 for the first time, that includes the addition of our VFL Team. We are excited about bringing to the Aspley Community 2nd tier AFL games this year.  The quality of AFL football played at VFL is exceptional. Our QAFLW Team is kicking goals and currently sits top of the Women’s State leaderboard.

With more than 20% of our players being female in 2021, we have a game for everyone. From under 6’s to over 55’s, the Hornets is the place to play AFL on Brisbane’s northside.

The club is also kicking goals with our new café opening in April 2021. You will be able to enjoy our large deck, watch live footy, dine on an increased range of food or enjoy a quiet drink with friends.

The Hornets is excited to see what 2021 brings. If you have not been to the club to watch a game this year, don’t miss our first VFL practice match against the Lions this Saturday, followed by our QAFLW Team, as they see if they can make it four in a row!

When our members talk, we listen. You told us we had some café issues, and we are excited to share that we are starting Café renovations next Friday and opening our new café in early April 2021!

We have identified issues in the last 12 months with our food quality and delays in our delivery times for cafe meals.

So the board and management took this all on board in the design of our brand new café. With a new back of house area and front façade, we are super excited about what we’ll be able to deliver for you!

These changes will allow us to increase our range and ensure faster service delivery.

So what does this mean for you, our Hornets members?

The Café will look a little different for a few weeks; there will be a pop-up Café in the Keno Lounge and a modified Renovation menu [Click here to view]. We will make all of our Café meals in the bistro kitchen until the renovation is completed.

We will ensure that all these new entries and exits have clear signage for your convenience and have extra team members around if needed to help throughout the transition period.

We look forward to updating you weekly about our progress! Our usual Cafe business hours will remain unchanged, including breakfast. Simply enter through Reception, and our team will assist you from there!

Thank you, Hornets Family; we cannot wait to share our new café with you & our new Café name … stay tuned!!

The Board Report is a summary of board meetings conducted by directors of the Aspley Hornets intended to provide information to club members every month as to the board’s workings.

The board is very happy with the way the year has started from a licenced club perspective as well as how the season ahead looks. This is a very busy time for every involved in the club, and there’s lots of activity happening in all aspects of our business.

With the season commencing we look forward to what we hope will be an uninterrupted season so everyone can enjoy a year of football and the community benefits that flow from that.

The season launch will be on March the 6th which will be the first QAFLW’s home game.

The club continues to trade well through the early part of the year, and we are looking forward to a promising year as football gets underway.

The café redevelopment is continuing with construction scheduled to commence on March 1st. Construction should be completed by April 5th.

At the Board Table

The board is working through the outcomes from its strategic planning workshops and developing our operation plans for the year ahead. It had been a productive time to reflect on feedback from members, the current roles and responsibilities of the board and senior management.

The board recognises that it is here to ensure the successful management of the club for the members. Any member wishing to provide feedback for consideration by the board can do so by sending correspondence via the club secretary.

The Board Report is a summary of board meetings conducted by directors of the Aspley Hornets intended to provide information to club members every month as to the board’s workings.

The board is excited for the new year and held our monthly meeting in mid-January. With a full contingent of directors for 2021, we are looking forward to seeing all areas of the club grow throughout the year.

Preparation for this season is well in hand, and we are seeing teams preparing for the 2021 season.

With the late ending of the season and need to present it in a different format, the new football yearbook should be completed very soon ready for distribution to members.

The board was pleased to review the financial trading numbers from December 2020. We thank all of our members for their continuing patronage throughout December.

With renewals for club membership, our General Manager has introduced an incentivised renewal campaign for all members. We look forward to building on our existing membership and attracting more people to the club.

The café redevelopment is continuing, and the new facility’s mock-ups were made available to the building and operations team in late January. We are excited to have this expanded facility ready for this year’s football season.

At the Board Table

The board will be conducting its strategic planning at the beginning of February as an essential part of reviewing the club’s performance and mapping out the future direction.

As we complete critical components of this, we will share the overview of what we are working on and how it will benefit the members.

The board received several correspondence items during this period from long-term members of the club raising concerns they wanted to be heard by the board. They covered a range of topics including the location of games between our fields and maintaining awareness of the club history.

We recognise that many of our members have a vested interest in the club’s direction, and we encourage feedback on how the club is operating at all times.

The board recognises that it is here to ensure the successful management of the club for the members. Any member wishing to provide feedback for consideration by the board can do so by sending correspondence via the club secretary.

WEEKEND BREAKFAST
8am - 11am

This error message is only visible to WordPress admins

Want latest offers, gaming and food promotions, news and updates then sign up for “THE STING” our Club wide newsletter.

Use this form to find things you need on this site